As more lineages emerge, researchers are struggling with a patchwork of nomenclature. 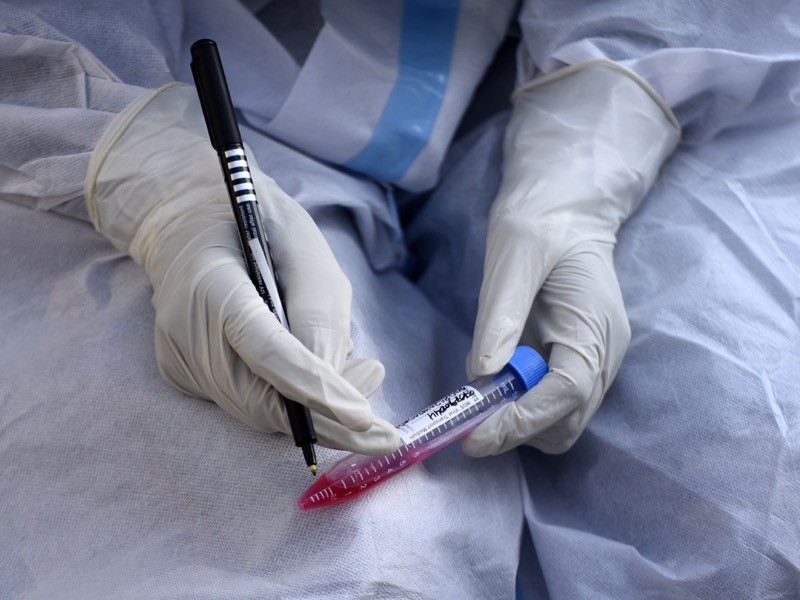 New variants of the coronavirus SARS-CoV-2 are being identified around the world.Credit: David Talukdar/NurPhoto/Getty

Would a virus by any other name spread so fast? As scientists identify more and more potentially worrying variants of the coronavirus SARS-CoV-2, they are grappling with just what to call them. At a 12 January World Health Organization (WHO) meeting devoted to coronavirus variants, health officials and researchers started hashing out a new naming system.

'I think all of us are becoming very confused by the different variant names,' said Maria Van Kerkhove, an infectious-disease epidemiologist and COVID-19 technical lead for the WHO in Geneva, Switzerland, at the meeting.

One naming system that researchers developed to indicate the evolutionary relationships between SARS-CoV-2 lineages calls the same variant B.1.1.7, whereas another with the same goal dubs it 20I/501Y.V1. ‘The UK variant' is popular in the media — although some British newspapers have even described it as ‘the Kent variant', after the county in southeast England that first saw a spike in transmissions associated with the lineage. Variants identified in South Africa and Brazil have received similar monikers. Terms such as ‘variant', ‘lineage' and ‘strain' add to the confusion, because they have no unambiguous definitions and are sometimes used interchangeably.

Because of the relevance to the public, 'I can see the need for a more straightforward way of naming the variants of concern,' says Oliver Pybus, an evolutionary biologist at the University of Oxford, UK, who co-developed a naming system that describes1 the relationships between the various early lineages of SARS-CoV-2 and their evolutionary descendants. This is the source of the name B.1.1.7, in which each successive character denotes a subgroup of the preceding one. 'There are already naming schemes for all these lineages, but they're mostly of relevance to phylogenetics geeks like me,' says Pybus.

Experts also want to do away with names that associate a variant with the country or region in which it was identified. 'We would like this nomenclature to be easily understood and not include country names, because we want to remove any of the geopolitical issues,' Van Kerkhove said. 'We are trying to avoid ‘the UK variant', ‘the South African variant', ‘the Brazil variant' — and there will be more variants.'

Variants are not necessarily identified in the country where they emerged, and fast-spreading variants such as B.1.1.7 (or VOC 202012/01, if you prefer) that are spotted in one nation will eventually spill out into the wider world. Geographical associations could also stigmatize countries and so discourage surveillance, Pybus adds. 'The last thing we want to do is dissuade any particular place from reporting they've got a new concerning variant — in fact, we want to do the opposite.'

When South African researchers identified a worrying variant2, they avoided including the country in its name at the request of South Africa's president and health minister, says team member Tulio de Oliveira, a bioinformatician at the University of KwaZulu-Natal in Durban. They opted to call it 501Y.V2; it is now also called B.1.351 under the system that Pybus's team developed. Until researchers agree on a less confusing naming system, de Oliviera expects the media and public to continue to use ‘the South African variant'. 'The nomenclature is a bloody mess at the moment,' he adds.

Some scientists also want to do away with names that flag individual mutations. De Oliveira's team called the variant that it identified 501Y.V2, because it carries a substitution in the 501st amino acid site of the virus's spike protein that changes the residue there from an asparagine to a tyrosine (denoted Y in biochemical shorthand). That name helped connect hundreds of researchers in disparate fields studying the effects of the mutation, says de Oliveira, but it also omits other important changes in the variant.

B.1.351 carries several other potentially worrying changes to the spike protein that might affect immune responses, including changes denoted 484K and 417N. One possibility being floated is to name worrying variants after the constellations of mutations they carry, says Emma Hodcroft, a molecular epidemiologist at the University of Bern, Switzerland, who is part of Nextstrain, the SARS-CoV-2 naming effort that called the ‘UK variant' 20I/501Y.V1. In that way, disparate variants carrying similar sets of important mutations would earn similar names.

Researchers did not settle on a new naming system for concerning variants at the WHO meeting. Pybus, who is part of a working group tackling the issue, thinks a new system should go hand in hand with identification criteria. As evidence such as epidemiological or laboratory studies builds up, a name could reflect the heightened (or allayed) concerns surrounding a particular variant, 'almost like a traffic light system', he says.

Hodcroft agrees that there is confusion in how variants are named, but she isn't sure that yet another new naming system will solve the problem. 'We need to be cautious.'