The New Covid-19 Strain in South Africa: What We Know 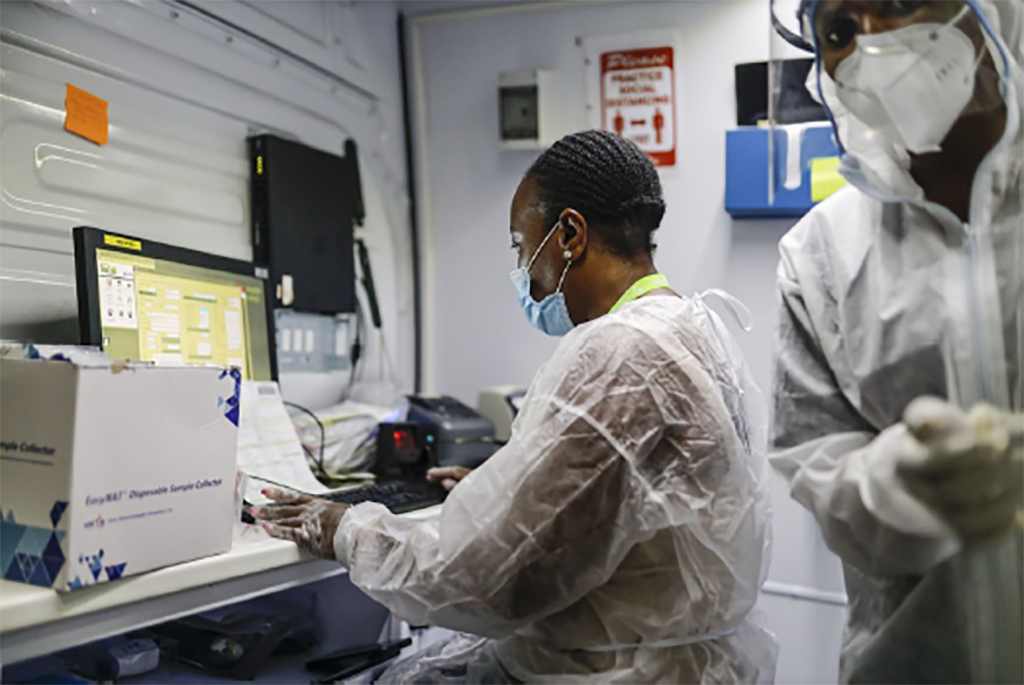 The discovery and spread of the South African variant has coincided with a powerful surge in infections in the country. PHOTO: GUILLEM SARTORIO?BLOOMBERG NEWS

A new variant of the coronavirus is driving a powerful second wave of infections in South Africa. The variant has already spread to other countries in Africa and Europe and raised concerns over how it will respond to Covid-19 vaccines.

What is the new Covid-19 variant present in South Africa?

It is normal for viruses to mutate, and variants observed so far in the coronavirus sweeping the globe have made little di?erence to how it functions. The South African variant, known as B.1.351, has worried scientists because of its unusually large number of mutations, especially in the spike protein, which the virus uses to attach to and infect human cells.

How dangerous is this new variant?

The discovery and spread of the South African variant has coincided with a powerful surge in infections in the country. New daily cases and deaths have already surpassed those seen in the ?rst wave, which peaked in July, and infections are still going up. South African researchers say they also believe that the new variant is more transmissible, since it has quickly crowded out other versions of the virus circulating in the country. Still, they say human behavior—with thousands of South Africans crowding into bars, restaurants and beaches—is likely the main reason for the sharp rise in infections in recent weeks. They are now racing to understand how much more transmissible the new variant is and whether it leads to more severe cases of Covid-19.

Are there any cases of this new variant in the U.S.?

No cases of the South African variant have been detected in the U.S., but that may be because not enough positive test samples have been sequenced. In the past two weeks, laboratories in Finland, the U.K., Australia, Switzerland, Japan and South Korea have found the South African variant in coronavirus tests conducted there. Researchers in neighboring Botswana have also detected the new variant, and researchers in Zambia say it now appears to be the dominant virus there.

How is the new Covid-19 variant di?erent from the one discovered in the U.K.?

The scientists who sequenced the South African variant's genome say it has a mutation—known as N501—that it shares with a separate variant discovered in the U.K. British scientists say that mutation may be responsible for making the variant there much more transmissible.

But the South African variant also has another potentially important mutation, dubbed E484K, that isn't present in the U.K. variant. Researchers believe that the E484K mutation has changed the shape of the virus's spike protein, which it uses to attach to and infect human cells, in a way that makes it harder for some antibodies to get a good grip and neutralize the virus.

The U.K. variant has been detected in many more countries across Europe, in China as well as in several U.S. states, including Colorado, California, Florida and New York.

Will existing vaccines work against the new variants?

Researchers who have studied the E484K mutation say it may make the existing Covid-19 vaccines less e?ective against the new variant, but is unlikely to be totally immune to the shots. A reduction in the vaccines' e?cacy could mean that a higher percentage of recipients would still be susceptible to getting Covid-19 or that they might still get a mild form of the disease. It could also mean that a larger proportion of people need to get vaccinated to produce herd immunity and end the pandemic.

Does the new variant mean that people who have already had Covid-19 could get it again?

That is one of the main questions researchers are trying to answer. Laboratory experiments have shown that the E484K mutation can make the virus resistant to some important antibodies the body uses to ?ght o? Covid-19. And while experts say that a person's immune response goes beyond just these antibodies and also includes other blood cells that attack the virus, the new variant's discovery has coincided with anecdotal reports from doctors and hospitals that they are seeing more patients testing positive for Covid-19 for a second time. Separately, researchers in Brazil recently proved that yet another coronavirus variant, which also has the E484K mutation, was responsible for a woman there getting Covid-19 for the second time. 'The challenge like here in [South Africa] is in knowing whether reinfection is more likely with these variants,' said Richard Lessells, an infectious-disease specialist at the KwaZulu-Natal Research Innovation and Sequencing Platform, 'or whether they are just seeing reinfection with these variants because they are the viruses circulating at the moment and immune responses from ?rst episodes have waned.'

What measures are being put in place to handle the new variant?

South Africa has banned social gatherings and closed beaches and parks that are popular during its current summer holiday season. Masks are mandatory in all public places. The government has also prohibited the sale of alcohol, which it says makes people forget about social-distancing rules, and leads to accidents and violence that put more pressure on hospitals. However, restaurants and stores remain open to preserve jobs and livelihoods in a country where many people still live in poverty.

South Africa expects to get its ?rst one million doses of a vaccine developed by the University of Oxford and AstraZeneca PLC this month, with a second shipment of 500,000 doses due in February. The shots, manufactured by the Serum Institute of India, will be given to health-care workers, who have borne the brunt of a surge in new cases of Covid-19.

Write to Gabriele Steinhauser at gabriele.steinhauser@wsj.com