How global heating will increase virus swapping between species

A new modelling study published in the journal Nature is the first of its kind to project how global heating will increase virus swapping between species. 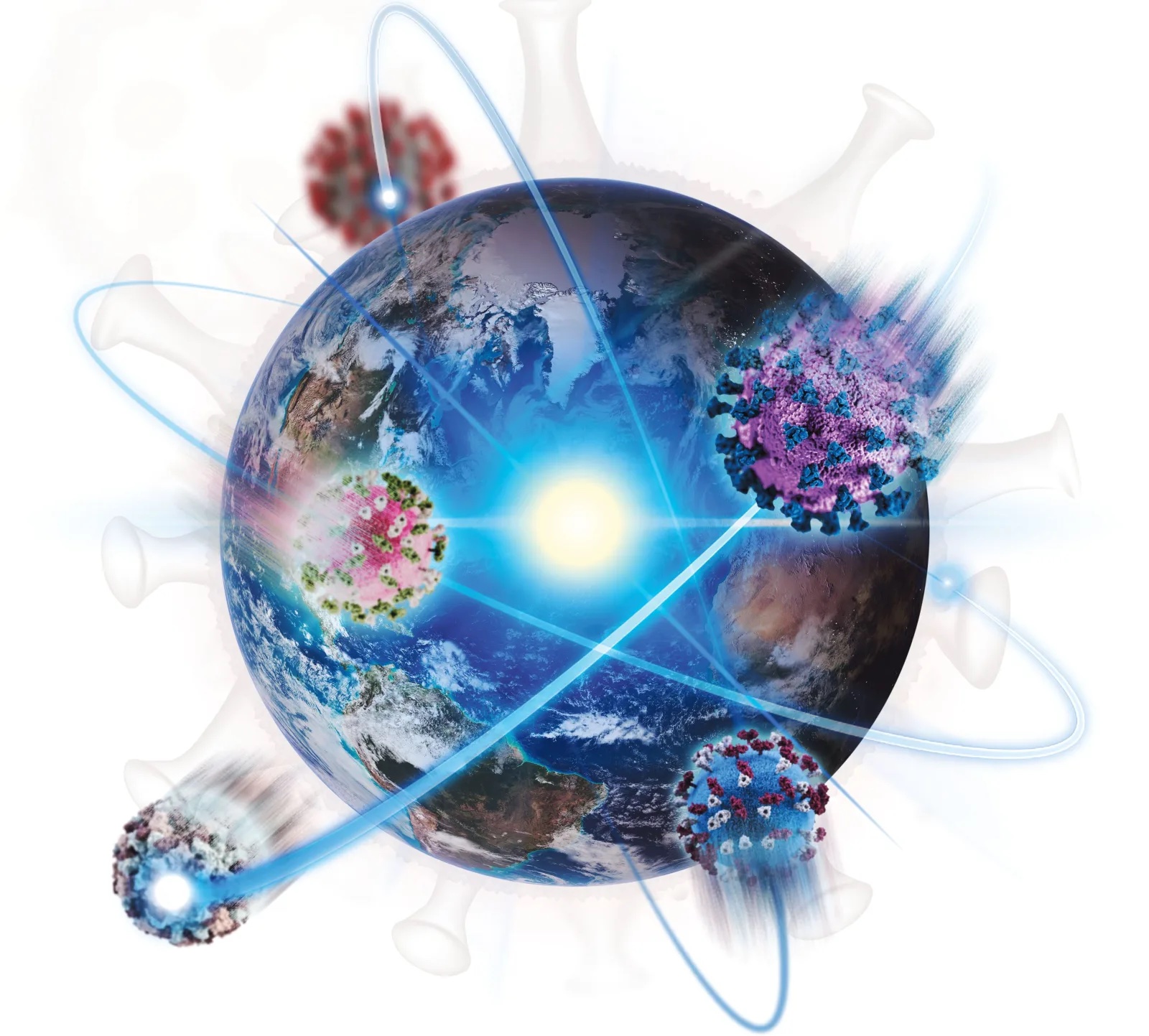 Over the next fifty years, thousands of new viruses will spread among animal species as a result of climate change and that — in turn — is likely to increase the risk of infectious diseases making the leap from animals to humans. Also, this process may already be underway.

This alarming finding emerges from a new modelling study published in the journal Nature. An abstract of the study — which is titled Climate change increases cross-species viral transmission risk — explains the findings saying that 'At least 10,000 virus species have the capacity to infect humans, but at present, the vast majority are circulating silently in wild mammals.'

It continues that despite this silent circulation, 'climate and land-use change will produce novel opportunities for viral sharing among previously geographically-isolated species of wildlife. In some cases, this will facilitate zoonotic spillover — a mechanistic link between global environmental change and disease emergence.'

The authors continue that they predict that species will 'aggregate in new combinations at high elevations, in biodiversity hotspots, and in areas of high human population density in Asia and Africa, driving the novel cross-species transmission of their viruses an estimated 4,000 times.'

Put differently, the work of the researcher focuses on the journeys that species will undertake as they follow their habitats into new areas. As they encounter other animals — particularly mammals — for the first time, the study posits that they will share thousands of viruses.

Professor Tulio de Oliveira, Director at the Centre for Epidemic Response and Innovation (CERI), who has read the study, said that 'it is something that we worry about quite a lot. And why we worry, not as scientists who are worried about the future but because I personally have been involved [with looking at] potentially 10 different recent spillovers to new populations and a lot of those is [due to] global warming.'

De Oliveira made reference to a number of examples including the recent Zika epidemic in Brazil which resulted in children being born with reduced brain capacity. He explained this was due to a virus that was introduced by animals from Micronesia into Brazil. He explained that this was only possible because global warming had changed the geographic area where the mosquito that carried the virus was able to live.

'In South Africa, around two months ago, there was a big warning from the FAO [Food and Agriculture Organisation of the United Nations] of potential outbreaks of Rift Valley Fever in the centre of the country and that’s because of the very unusually high rainfall.'

De Oliveira continued that 'what you see is that with global warming, destruction of the environment, travel and globalisation we are increasing the chances of virus spillover into humans.'

Firstly, 'try to decrease the pollution levels and the effect of global warming…' Second, 'maintain and preserve the environment…and stop animal trafficking.' Finally, referring to his own work too, he said the country needs to 'have a good surveillance and first warning system' so that spillovers can be detected early. 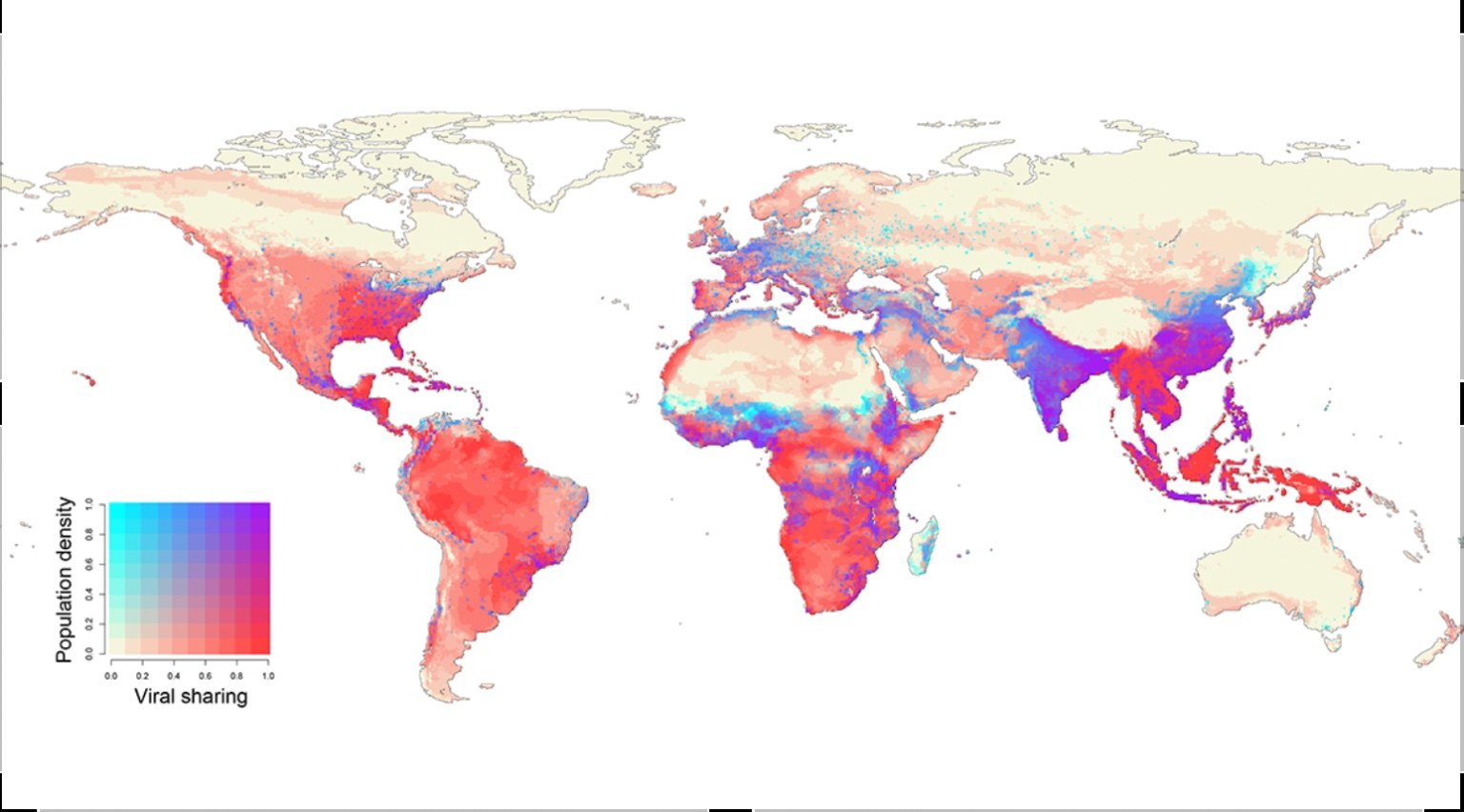 We needn’t look too far into the very recent past to see the potential for disruption and disaster invisible, novel pathogens present on a hyperconnected planet. While the investigation into the origins of the SARS-CoV2 is hampered by Chinese government opacity and the realpolitik of global public health, the most likely emergence scenarios point to either a lab accident or a jump from an animal host to a human in a market.

Climate change now makes the latter scenario all the more likely according to the findings of the study. In another startling finding noted in the study’s abstract, the authors explain that 'because of their unique dispersal capacity, bats account for the majority of novel viral sharing, and are likely to share viruses along evolutionary pathways that will facilitate future emergence in humans.' Ominously, they caution that 'this ecological transition may already be underway, and holding warming under 2?°C within the century will not reduce future viral sharing.'

Dr Colin Carlson, an assistant research professor at the Center for Global Health Science and Security at Georgetown University Medical Center and lead author of the study added additional context.

In a press release, he said that 'the closest analogy is actually the risks we see in the wildlife trade,' adding that 'We worry about markets because bringing unhealthy animals together in unnatural combinations creates opportunities for this stepwise process of emergence — like how SARS jumped from bats to civets, then civets to people. But markets aren’t special anymore; in a changing climate, that kind of process will be the reality in nature just about everywhere.'

As pathogens increasingly leap between host species at increasingly rapid rates, the study’s authors explain the projected impacts on conservation and human health could be dramatic.

'This mechanism adds yet another layer to how climate change will threaten human and animal health,' the study’s co-lead author, Dr Gregory Albery, a postdoctoral fellow in the Department of Biology in the Georgetown University College of Arts and Sciences, said.

'It’s unclear exactly how these new viruses might affect the species involved, but it’s likely that many of them will translate to new conservation risks and fuel the emergence of novel outbreaks in humans.'

Seen in sum, the study strongly suggests that the climate crisis and climate change will become the 'biggest upstream risk factor for disease emergence', ranking higher than even deforestation, industrial agriculture and the wildlife trade. OBP/DM