A ground breakin study conducted by scientist from the University of KwaZulu-Natal (UKZN), the KwaZulu-Natal Research Innovation & Sequencing Platform (KRISP) and the Africa Health Research Institute (AHRI) has given new hope to policy makers on the frontline of the fighting the disease that proves that scaling up antiretroviral therapy (ART) coverage can reduce the cases of TB. 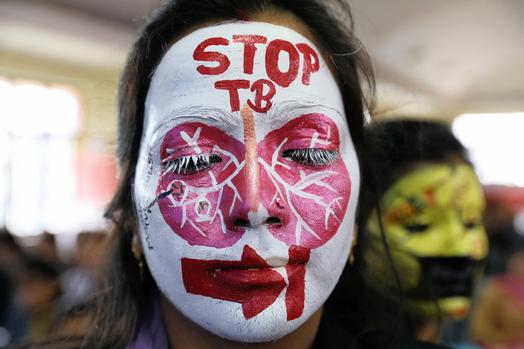 Durban - Tuberculosis (TB) despite it being treatable disease is the world's biggest infectious killer, claiming the lives of an estimated 1.6 million people around the world every year including 78 000 South Africans.

Now, a ground breaking study conducted by scientist from the University of KwaZulu-Natal (UKZN), the KwaZulu-Natal Research Innovation & Sequencing Platform (KRISP) and the Africa Health Research Institute (AHRI) has given new hope to policy makers on the front-line of fighting the disease that proves that scaling up antiretroviral therapy (ART) coverage can reduce the cases of TB.

The study which is also the first to indicate space-time clusters of recently-diagnosed TB. The findings were published in the prestigious scientific journal Nature's Scientific Reports.

According to UKZN the study provides key information to guide policy makers on the scale up of ART in HIV hyperendemic sub-Saharan African communities which will aid in the control of the TB epidemic.

Dr Andrew Tomita, lead author of the study titled, Space-time clustering of recently diagnosed Tuberculosis and impact of ART scale-up: Evidence from an HIV hyper-endemic rural South African population; said 'In this paper, we use data from one of the world's largest longitudinal population health surveillance systems to characterise the spatial distribution of TB in a high HIV prevalence rural South African community and quantify the impact of community ART coverage scale up on recently-diagnosed TB disease.'

In this specific rural KwaZulu-Natal area, every percentage increase in ART coverage was associated with a 2% decrease in the odds of recently-diagnosed TB.”

The study is based on an analysis of the AHRI demographic surveillance system that was primarily designed to collect longitudinal health and demographic data to monitor the severe HIV epidemic in a rural area of KwaZulu-Natal. The total area is 430 km2 and is situated in the southern part of the uMkhanyakude District in northern KZN which consists of approximately 87 000 inhabitants.

This area has a persistently high HIV burden, with one report estimating the HIV incidence to be as high as 6.6 per 100 person-years in young women, and has some of the highest rates of TB in the country. Between 2000 and 2011, HIV and TB were responsible for approximately half (49.2%) of all deaths in this community.

The study looked at data from 2009-2015, a time when the scale up of ART was accelerating. It involved information captured from an annual health questionnaire, where individuals self-reported a diagnosis of TB within the previous 12 months. The analysis included 41,812 individuals aged 15 years and above.

In addition to the role of scaling up ART coverage in lowering TB, the other groundbreaking finding of the study was the identification of localised areas with particularly high levels of TB.

This information presenting where the problem is greatest is essential in prioritising population interventions and targeting high-risk areas. The four largest clusters were in overlapping areas in the south east of the study area, a peri-urban community near the national highway, three of which persisted throughout the study period. Previous studies have indicated that this area has a particularly high HIV prevalence and incidence.

Dr Richard Lessells, an Infectious Diseases physician and TB scientist at UKZN and co-author of the study, said scaling up antiretroviral therapy is a very good thing for the health of individuals and of the population, 'This study provides further evidence that increasing ART coverage is helping to reduce the levels of TB in the population, and should encourage us to intensify efforts to find and treat all people living with HIV and TB in the community.'

'The observation that there are areas with much higher levels of TB does not surprise us, but it raises the question of whether we might get even more impact by targeting those areas with interventions to prevent and treat HIV and TB. This is what we call a precision public health approach and is something we plan to evaluate as part of our research programme.'