Between two devils: Why hospitals must act fast to prevent health worker deaths

A new investigative report details the rapid spread of coronavirus disease in St Augustine's Hospital in Durban, and how it could have been prevented. The study, which Bhekisisa has seen, was conducted by researchers at the University of KwaZulu-Natal's (UKZN) Nelson R. Mandela School of Medicine and the KwaZulu?Natal Research Innovation & Sequencing Platform, KRISP. 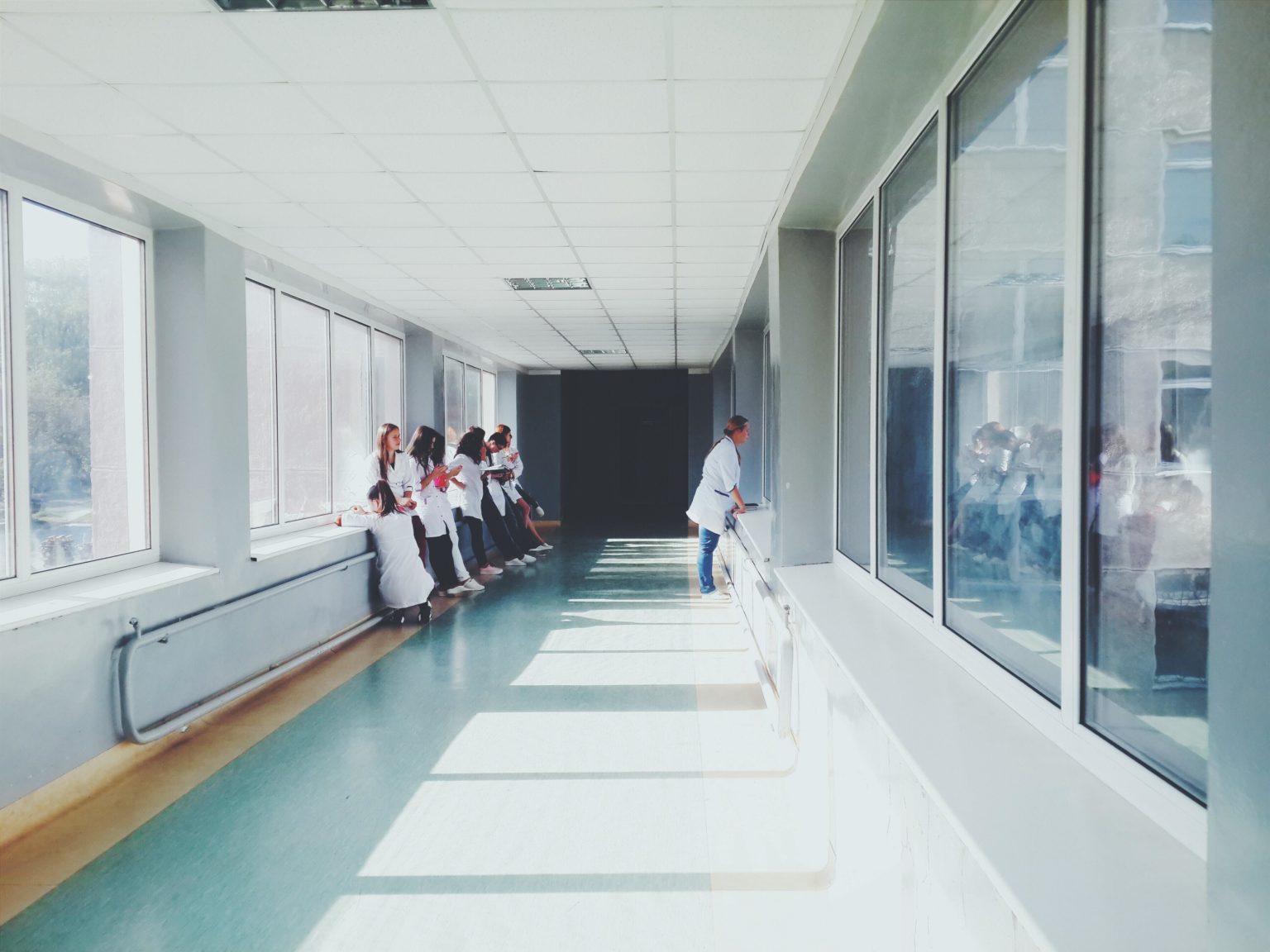 South Africa could see a spike in health worker deaths if hospitals fail to enforce strict infection control to stop the cause of COVID-19, the SARS-CoV-2 virus, from spreading in facilities, warn the investigators of a coronavirus disease outbreak at Netcare St Augustine's Hospital in Durban.

The study, which Bhekisisa has seen, was conducted by researchers at the University of KwaZulu-Natal's (UKZN) Nelson R. Mandela School of Medicine and the KwaZulu-Natal Research Innovation & Sequencing Platform, Krisp.

A single COVID-19 patient admitted to the hospital's emergency ward led to at least 135 infections in the hospital complex and at a nursing home between 9 March and 30 April. These cases eventually made up 14% of KwaZulu-Natal's total number of COVID-19 infections by the end of April, the document reveals.

The report reveals two-thirds of infections at St Augustine's hospital were health workers.

The investigation's findings come in the nick of time since hospital outbreaks could soon be hidden in a surge of coronavirus cases being treated at the country's facilities, they argue, making it difficult to trace exactly how the infection spreads inside hospitals.

Health Minister Zweli Mkhize released COVID-19 projections compiled by teams from the Universities of Cape Town, Witwatersrand and Stellenbosch this week, that estimate South Africa could reach 30 000 confirmed COVID-19 cases by the end of May. The country has roughly 3 300 intensive care units, show mathematical models released by the health department. These beds could be overwhelmed as early as June — and this is particularly likely in the Western Cape. The researchers predict between 40 000 and 50 000 COVID-19 deaths by November.

The 37-page investigative report on St Augustine's Hospital outlines in detail how the virus moved through the facility. Its recommendation for strict infection control, such as separate zones for entry and admission of possible COVID-19 patients, could help prevent hospital outbreaks and health worker deaths, a cadre the researchers argue the country's already understaffed hospitals cannot afford to lose.

Healthworker infections on the rise in SA

South Africa could end up with a 'disaster' in health workforce deaths if hospitals do not take fast action to prioritise infection control, cautions Krisp director Tulio De Oliveira.

Also at high risk are hospital patients with underlying conditions, he says.

Although swift testing and isolation by the hospital meant none of the infected health workers died, nearly 40% of patients infected in the hospital succumbed. Most of these patients were elderly and had more than two underlying chronic health conditions such as hypertension and diabetes, making them more susceptible to severe COVID-19.

De Oliveira says other countries have seen the darker consequences of missing hospital outbreaks. 'Between the two devils, it's better to detect the cases by outbreak control than to detect them when healthcare workers are dying and it's more difficult to control,' he explains.

The Guardian reports that 20% of COVID-19 patients in the UK who were diagnosed in hospital caught the infection there while being treated for a different condition.

In South Africa, health worker deaths from SARS-CoV-2 infection have already started trickling in. Such results are not consistently released by the country's health department, or at least not in a collated form. The only recent publicly available collated numbers are therefore those compiled by the media from general deaths that the department announces daily, and also sometimes include the death of health workers.

At the end of April, the health department said there were 328 health workers infected with the virus.

Eyewitness News reports that six healthcare workers have succumbed to the SARS-CoV-2 infection in the Western Cape — three of them this week — and four in the Eastern Cape.

According to television news station eNCA an additional 150 health workers tested positive for the virus at the Tygerberg hospital in Cape Town last week. The Western Cape had about two-thirds of the country's overall coronavirus disease cases by Friday, according to health department data.

South Africa has only 0.9 medical doctors for every 1 000 people compared with the United Kingdom's 2.8, according to the World Health Organisation (WHO). And the United Nations health agency estimates there are about 1.3 nurses for every 1 000 people in South Africa. That's just about a third of what the WHO estimates countries need - 2.5 per 1 000 - to provide adequate care.

Warns De Oliveira: 'With so few health workers, South Africa cannot afford to lose any of them.'

How to save health worker lives

One way to keep hospital outbreaks of the coronavirus and health worker fatalities at bay is to set up a colour-coded system for entry and admission to facilities that separates patients who have COVID-19 from those who don't, the report recommends.

That includes a 'red zone' for confirmed COVID-19 patients, a 'yellow zone' for suspected cases, and a 'green zone' for people who are unlikely to be infected.

The three sections must be clearly marked with signs on doors and floors so that people know when they are moving from one zone to another, and if it's possible, facilities should devise plans to set up separate routes through the hospital to avoid overlap with green zones.

Hospital staff must remain vigilant for signs of respiratory illness throughout the facility but especially in green zones, the researchers say.

Some private hospitals, which are already using the colour-coded system, are putting patients in the green zone if they test negative for the coronavirus. But not even that is a full proof method to prevent infection.'

Yunus Moosa, the head of the department of infectious diseases at the Nelson R Mandela School of Medicine, explains: 'The crack in that system is that people might only test negative because there is not yet enough of the virus in their system to show up on the test which can take up to five days.'

What's more, testing backlogs means patients could be waiting in the wrong zone for their results for days, Richard Lessells argues. For example, patients who don't have COVID-19 might pick up the infection while they're waiting for their results in yellow zones.

Healthcare workers in the Western Cape and Gauteng have reported waiting up to 10 days for their test results, Bhekisisa reported early in May.

Nonetheless, the three-tier system has proven to be a lifesaving tool in South-East Asian countries such as Taiwan. The region has been hard hit by other outbreaks of respiratory disease such as Severe Acute Respiratory Syndrome (SARS) in 2002 and 2009's outbreak of the H1N1 virus, also known as swine flu.

In 18 Taiwanese hospitals that adopted the system, zero health workers and only two patients contracted the virus that causes SARS from hospital outbreaks, a 2011 study in the Journal of Hospital Infection found. The researchers monitored the hospitals for three weeks at the peak of the epidemic. By stark contrast, the 33 hospitals studied without the colour-coded system, saw 115 health worker infections and 203 patients picked up the virus from inside the hospital.

The authors note that outdoor fever screening and triage was a crucial part of the project's success to prevent crowding the hospital's emergency wards. Placing sanitiser bottles between zones also helped to remind healthcare providers to wash their hands, and that they're moving into a different section.

Lessells explains: 'In simple terms it's about reducing the risk of an infectious person coming into contact with a susceptible person.'

A hospital designed specifically to avoid the spread of respiratory disease such as COVID-19 would be made up of single isolation rooms, Lessells says. But South Africa's hospitals have not had to adapt to respiratory outbreaks that spread as quickly as the novel coronavirus, so there's a mix of infrastructure to deal with it, Moosa says.

A small study of 11 public and private sector intensive care units in South Africa found that hospitals had limited capacity to isolate infectious patients. The 2018 research was published in the Journal of Infection Prevention.

The Taiwanese study, however, suggests that hospitals can design zones of risk based on the layout of the building. And Moosa and his colleagues spent the first weeks of the outbreak doing just that. He explains: 'Ideally, you would like people in a green zone never to have to cross into a red or a yellow zone, but most times there are corridors that are in common or elevators so it can be extremely challenging to keep those areas completely separate.'

Moosa says facilities in KwaZulu-Natal are doing the best they can with what they have. Public and private hospitals alike have, for example, been devising parking lot fever screening areas and building divisions and in some cases, even breaking down walls. At the Netcare Kingsway Hospital in Durban, a ward with an outside entrance was turned into a COVID-19 entrance.

Moosa explains: 'Within a few days they had knocked down the wall and made it into a larger entrance so that stretchers could move through it.'

‘Good infection control is about more than ticking boxes'

At St Augustine's Hospital, frequently moving patients between wards and slow detection of COVID-19 cases in the hospital contributed to the spread of the virus, De Oliveira and his colleagues found.

The facility was caught off guard since the patient who started the string of infections came to the hospital on 9 March, just four days after South Africa confirmed its first case of coronavirus disease. Staff had started moving patients to make space for an influx of COVID-19 patients to come, but the virus was already lurking in the facility undetected and their efforts only exacerbated the outbreak.

By the time the first case of coronavirus disease was confirmed at the hospital, the report shows 16 other patients were already exposed to the virus.

The main way the virus spread, the UKZN study shows, was, most probably through droplets transferred from surfaces by health workers. 'Hand hygiene remains the most important intervention to prevent transmission of SARS-CoV-2 inside and outside hospitals,' the researchers note.

Good infection control is about more than ticking boxes, Lessells says, and will require staff to adapt their habits to wash their hands more frequently. 'We have to develop a supportive culture where we notice if someone hasn't washed their hands and point it out without castigating them.'

Insufficient isolation space, inadequate disinfection of equipment, and incorrect use of personal protective equipment were behind 13 outbreaks of infectious disease such as measles and flu at Tygerberg Children's Hospital in Cape Town between 1996 and 2016, a study published in the International Journal of Infectious Diseases in 2017 found.

The authors write: 'Most outbreaks have been terminated by a combination of increased hand hygiene, isolating patients and enhanced environmental cleaning.'

Although the new investigative report found Netcare missed opportunities to identify the outbreak, an infectious disease expert at Krisp, Richard Lessells, argues it could happen to any facility regardless of how well they're prepared for the virus in theory.

The 469-bed Netcare hospital in Berea, Durban, scored 91% on the health department's COVID-19 readiness test, the report shows. 'The reality is,' Lessels says, 'that this virus challenges you in so many ways that any gap in the system, however small, it's going to exploit.'