The 501Y.V2 variant reportedly produces a high number of antibodies, providing protection against infection by other variants. The findings in laboratory studies offer hope that COVID-19 vaccines based on the 501Y.V2 variant first identified late last year could protect against multiple variants circulating in different parts of the world 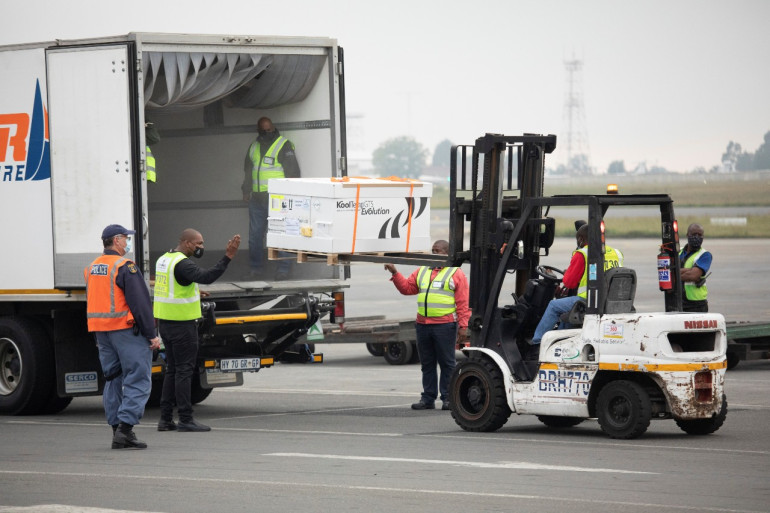 The findings in laboratory studies offer hope that COVID-19 vaccines based on the 501Y.V2 variant first identified late last year could protect against multiple variants circulating in different parts of the world [Luca Sola/AFP]

Research by South African scientists suggests that antibodies triggered by exposure to the country’s dominant coronavirus variant can prevent infection by other variants.

The findings in laboratory studies offer hope that COVID-19 vaccines based on the 501Y.V2 variant first identified late last year could protect against multiple mutations circulating in different parts of the world, scientists said on Wednesday.

The more contagious variant drove the second wave of infections in South Africa that peaked in January and is believed to have spread to many other countries in Africa as well as other continents.

'We used plasma … from people that were infected in this latest wave with the 501Y.V2 and we used it against the first-wave virus, … what we found is that it could neutralise, OK not as well as it could neutralise itself but it’s not bad at all,' Alex Sigal from the Africa Health Research Institute told a news conference.

The findings have yet to be peer-reviewed by researchers.

Sigal said vaccines designed with the 501Y.V2 version in mind 'might be cross-protective to other variants, … this gives you some idea how this problem of variants can be solved'.

Top virologist Tulio de Oliveira also said in the video conference attended by senior government ministers that 'the 501Y.V2 can produce a high level of antibodies that can neutralise itself,', adding that the immune response outperforms previous variants.

He predicted that by the end of 2021 most vaccine manufacturers would have adapted their shots, 'not because they are specifically worrying about the virus coming from South Africa … but because key mutations in the 501Y.V2 are actually also present in many other variants'.

'These findings are basically telling us that we have a good prospect of success if we make a vaccine based on it,' he said. 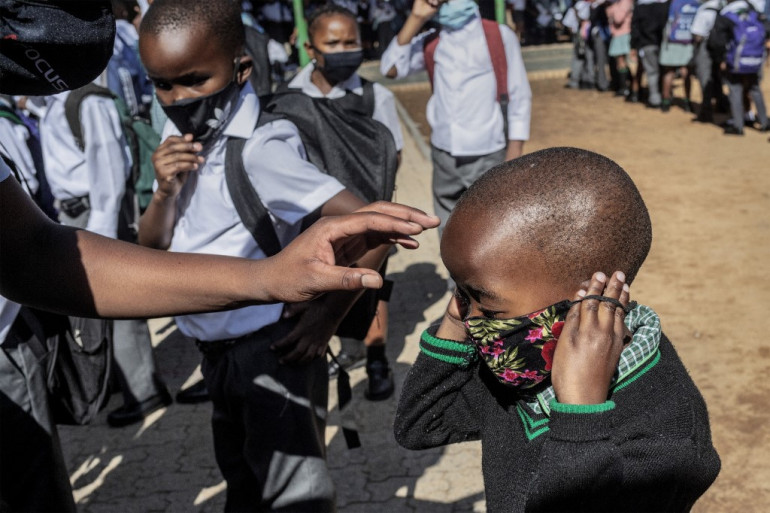 The second delivery of the Johnson & Johnson coronavirus disease vaccine was delivered to South Africa on Saturday [File: Kim Ludbrook/Reuters]

Health Minister Dr Zweli Mkhize said the research was encouraging and that genomics surveillance had helped the government respond to the pandemic.

South Africa has recorded by far the most COVID-19 cases and deaths in Africa, with 1.5 million cases and more than 50,000 fatalities since the pandemic began.

The coronavirus mutations – some more contagious than others – have prompted vaccine manufacturers to tweak their formulas in response to their spread.

US biotechnology company Moderna last week said it will begin in mid-March a clinical trial of a version of its vaccine specific to the South Africa variant.

Meanwhile, in the Philippines researchers warned that the next vaccine the country will get may not be effective in preventing mild to moderate infection caused by the South Africa strain that was first reported in the country on Tuesday.

Biologist and Catholic priest Nicanor Austriaco, of the Manila-based OCTA Research, said in an online forum that the AstraZeneca vaccine had proved ineffective against the South Africa variant, prompting a pause in the rollout of vaccine in South Africa in February and the switch to the single-shot Janssen vaccine.

Austriaco pointed to a report in February by the website medRxiv that showed how the vaccine 'dramatically decreased' in efficacy from 70 percent to 10 percent against the B1351.

A 10 percent efficacy rate is 'no different from injecting water in the patient,' Austriaco was quoted by the Philippine Daily Inquirer newspaper as saying. The World Health Organization has recommended AstraZeneca’s use even if there are variants in the country.