How should the world respond to the next pandemic?

As the WHO mulls when to call the Covid pandemic over, attention is turning to the future. Last November, having alerted the world to the new and highly transmissible Omicron variant of the Sars-CoV-2 virus, South Africa-based scientist Tulio de Oliveira saw that country hit with travel bans. 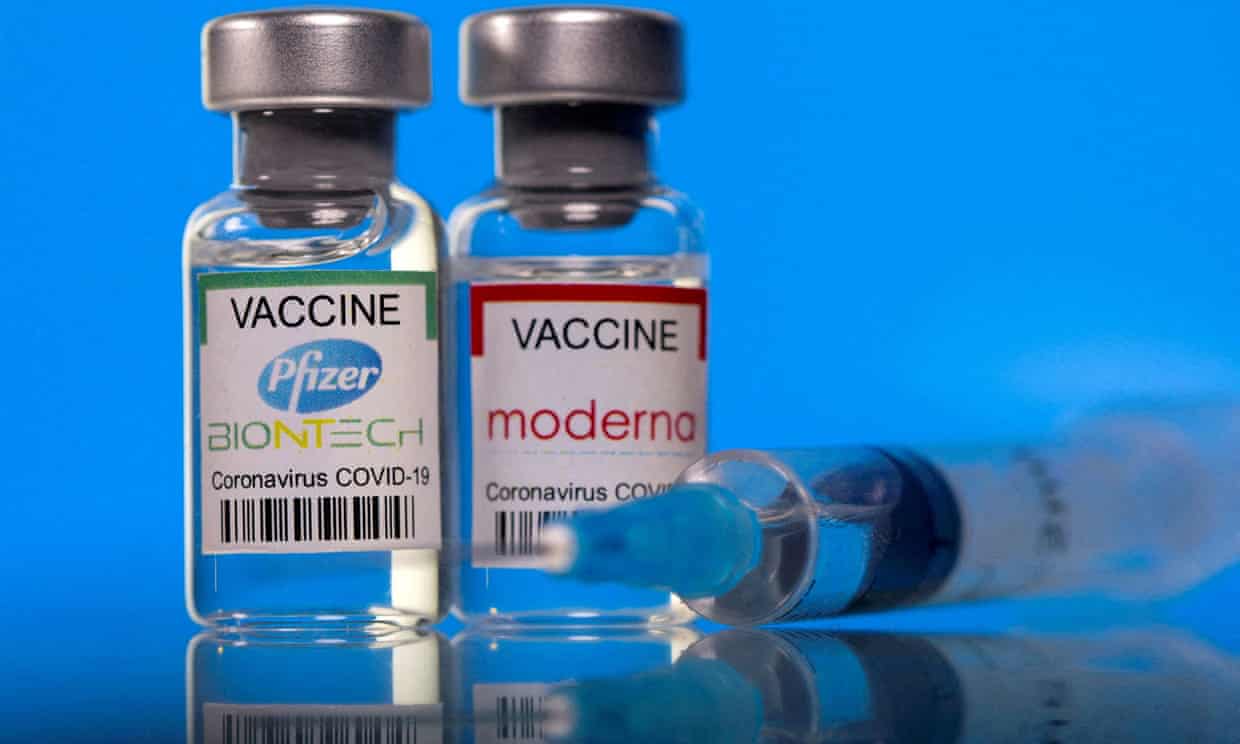 Already smarting at what he saw as wealthier nations’ hoarding of vaccines, antiviral drugs and test reagents, his frustration spilled over. 'If the world keeps punishing Africa for the discovery of Omicron and ‘global health scientists’ keep taking the data, who will share early data again?' he tweeted.

Two years into this pandemic, as the World Health Organization (WHO) mulls the tricky question of when to call it over and some countries, including the UK, pre-empt that decision, the world’s attention is turning to the future.

How do we improve our response to the next pandemic?

There are two main challenges: improving the surveillance of pathogens; and ensuring vaccine equity.

And as De Oliveira intimated, these are linked. Not only morally, but for the first time in pandemic history, legally.

Do we need a pandemic treaty?

It used to be that living organisms, including pathogens, were considered humanity’s common heritage, and sharing them for scientific purposes happened informally.

That changed with the UN’s 1992 convention on biological diversity (CBD), which states that countries have sovereign rights over genetic resources found on their territory.

Under an annex to that convention, the Nagoya protocol, the host country can set terms for accessing those resources and for ensuring the fair and equitable sharing of benefits arising from them.

Covid-19 is the first pandemic since Nagoya entered into force in 2014, but the spirit of the protocol has not been respected. Starting with China in January 2020, countries have shared Sars-CoV-2-related data freely, demanding nothing in return.

That data has driven revolutions in vaccinology, pathogen sequencing and data collection. But the fruits of those revolutions have not been shared equitably.

The WHO is now proposing several separate initiatives to improve surveillance, including two Europe-based hubs for the international sharing of pathogen data and samples. But these proposals, too, effectively ignore Nagoya.

Where has the Omicron variant been recorded around the world? 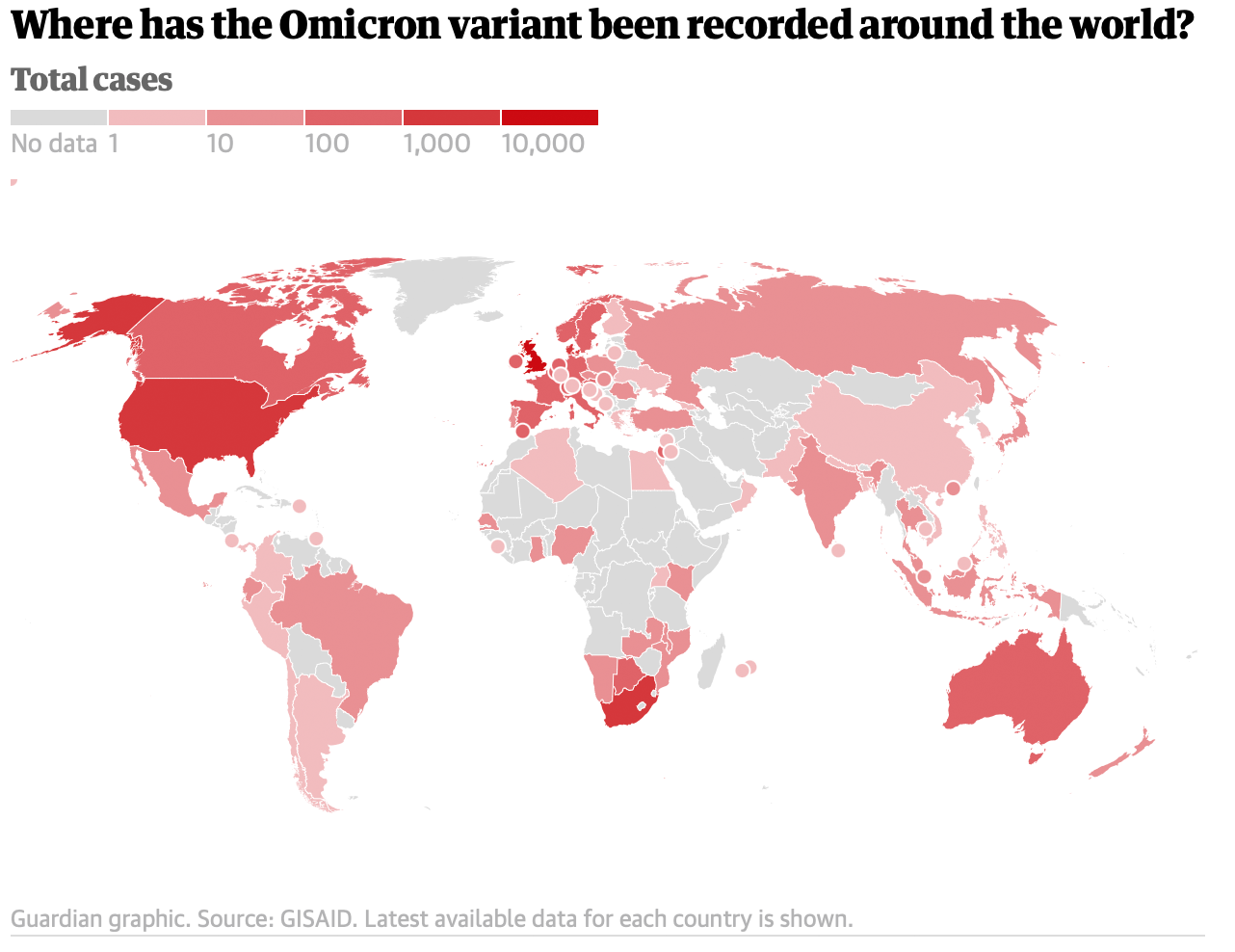 The WHO expects countries to contribute to the hubs for the common good, possibly even on pain of sanctions. Though it has been vocal about the need for vaccine equity, none of the current proposals explicitly address benefit-sharing.

Eccleston-Turner says human pathogens should be excluded from Nagoya and vaccines should be similarly reclassified.

Practically, he suggests, this might be enshrined in a pandemic treaty the WHO is working on, that could apportion intellectual property (IP) rights according to the ratio of public-private investment in vaccine development.

The three or four leading coronavirus vaccines all took a different route to market, but one thing they have in common, according to IP law specialist Luke McDonagh of the London School of Economics, is that the public bore most of the risk and the drug companies maintained most of the IP.

More of the IP should stay in the public domain, he says, reflecting taxpayers’ investment. McDonagh points to research showing private-sector claims that reducing their IP dominance would dilute innovation do not hold up, and gives the example of antiretroviral drugs for HIV – the subject of an earlier IP battle.

'The fact of generic production in the global south has not affected incentives for HIV research in the rich countries,' he says.

But changing the status quo via a new treaty may not be easy without government backing, he admits, and the UK and EU are among those whose current stance on patents suggests they might oppose it. Sharing knowhow and building up vaccine manufacturing capacity globally are also vital for achieving vaccine equity, he says, and the WHO is promoting both.

‘Sharing is in everyone’s interests’

There may be a radically different solution: leave pathogens in Nagoya and respect its insistence on equitable benefit-sharing.

There is a precedent, says Edward Hammond, a Texas-based consultant who has advised low- and middle-income countries on the implications of Nagoya. He points to a successful implementation of Nagoya in the WHO’s own pandemic influenza preparedness (PIP) framework.

Through PIP, WHO member states share samples of flu viruses that have human pandemic potential, and the WHO receives a share of the benefits. 'It has generated over $250m [£190m] in cash payments from vaccine [and other] companies,' Hammond says.

Some have said applying Nagoya to pathogens would at best create delays in sharing and at worst give control to bad actors. 'In the event of another pandemic, some country might assert its ‘rights’ over virus samples, keeping the rest of the world in the dark,' Thomas Cueni, director general of the International Federation of Pharmaceutical Manufacturers and Associations, wrote in a blog post at Stat last November.

It is not just drug companies expressing that view. It is shared by some in public health. Three years ago, Vasee Moorthy, a senior science adviser at the WHO, worked on a study into the impact of Nagoya on public health. 'Certain people were worried that there might be delays, but we haven’t seen that,' Moorthy says.

If anything, the study found that the protocol encourages pathogen-sharing by building trust that benefits will be fairly shared. As Moorthy says: 'Sharing is in everyone’s interests.'

De Oliveira agrees. With its history of fighting HIV, he says, South Africa would never withhold crucial data whose rapid release it knows could potentially save millions of lives, 'but unfortunately not every country has this long-term experience or transparent government and they might withhold'.

To avoid that, he says, containment measures including travel bans should be balanced by financial or other support.

Nagoya is not perfect, Hammond admits. For one thing, it only covers physical samples, not the digital sequence data that is increasingly all that is needed to make vaccines, tests and drugs – though he and others are lobbying to change that.

But it does embrace the spirit of the era, with its accent on reciprocity. It allows for multilateral benefit sharing, as befits a pandemic. It could, he feels, have prevented or at least mitigated vaccine nationalism.

And PIP could provide the model for a better instrument that covers many pathogens, including the one that causes the next pandemic.